The week of the 22nd to the 29th of September is Global Goals Week. In case you are not sure what this is about, check out the 17 goals world leaders agreed upon in 2015 to make the world better by 2030.  Hence my question to all of you what are you doing towards global goals? 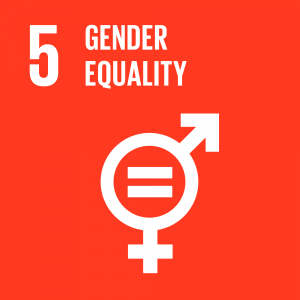 For me, the choice is relatively easy, I set up this business to bring the feminine voice into the world of gamification hence a strong alignment to goal 5 of gender equality. As a woman, I still to this day have some men making fun of me being in business, dismissing my ideas but taking those of a male colleague as gospel (even if they were mine, to begin with), men boycotting or undermining women in our industry, pay and opportunities are still unbalanced. It is why I support the work of women in games and girls who code amongst others because they aim to help create a platform where women and girls can feel empowered too. #womeningames #girlswhocode #globalgoal5

When it came to gamification design specifically, I felt the early boys’ clubs pretty much dismissed the notion that there are differences in gameplay between men and women, especially prevalent in the world of work. It caused great consternation when I pointed those out at a conference in 2015, to the point where some leaders in the industry made a clear point of ridiculing my thoughts and dismissing them. What was most interesting is that men from cultures where women do not have the same right and standards found this easier to accept, but men from more egalitarian countries really struggled with what I had said.

I think 3 years later we still have a long way to go, but a lot of issues are being raised openly, which creates the opportunity to change them. I may have taken a back seat for a while to let the backlash die down a bit, but intend to bring it back on the agenda, that if we want truly inclusive design then including all groups in an organisation needs to be part of it. #globalgoal5 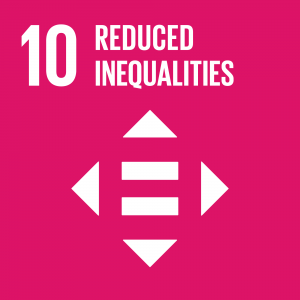 As a result of the talk in 2015 and more global travel, I also feel very strongly about goal 10 of reducing inequalities. Whether it is gender, age, culture and ability, they all have an impact. I believe there is enough for all of us in terms of work, wealth, food, etc but we haven’t found ways of distributing it equally. Yes, I may be an idealist and have had the privilege of seeing and experiencing many different cultures from a very safe perspective. I also believe each culture holds the key to its own empowerment and enabling that is a good thing.  #globalgoal10

When I speak about inclusion by design, it is this goal of reducing inequality that I want to address more. If you think about gamification design in the workplace, how much is full inclusion for you, 75% or beyond that? Simple things may make a big difference around accessibility, feeling safe to play, expressing true ideas and much more. To encourage more inclusion, we need to go out and talk to majorities and minorities in each workplace and design for both to feel part of the bigger picture. If your workforce is mainly homogenously young with men, then the question is ‘is there something in the company culture that attracts this?’ and is this the best for your company’s performance?

We know the best performance is reached when multiple views come together and work together. Whether it is gender, age, race, ability, etc everyone has something to contribute that may expand the picture and enhance the overall result. For this reason, I am a big fan of the work of Special Effect, who make gaming accessible for people with disabilities. I have multi-colour and multi-racial friends all over the world, who all have their own stories and input to give. #specialeffect

It is also with this in mind that I decided to sponsor the Outstanding Award for encouraging Diversity and Inclusion at Gamification Europe. I suggested we should have an award of this nature and then I decided it was good to actively sponsor it. I would love to see initiatives in including age, gender, race, culture, ability be entered for this award and understand the impact gamification has had on inclusion. #gamificationeurope

So what action are you taking towards the global goals, either as a person or an organisation?

The post What are you doing towards global goals? appeared first on Gamification Nation.